The SEO CANblu device is a digital immobilizer operating based on the CANbus and the information appearing on it. This immobilizer has been enriched with a transceiver (similar to Bluetooth transmission) in relation to the basic version, i.e. SEO CANi. The immobilizer protects the vehicle by digitally blocking the drive-away by sending appropriate commands to the ECU and/or BCM drivers of the car. The code blocking can be done by both CAN BUSes (according to dedicated installation schemes). It’s also possible to cut an electric circuit in an analog way using the existing electronic steering with a load of 1A. The immobilizer authorizes automatically when the ID transmitter is within its range. You can also disarm the immobilizer by entering the previously-set combination of the car buttons (PIN code). In SEO CANblu, the PIN code (if a PIN code has been set) can be reset by setting the 5-digit Program number for given vehicle again.. Smartphone can be used the same way as the ID transmitter. Connecting the device to an external system, e.g. a GPS/GSM locator enables a priority remote driving-away blockade. The immobilizer can also be used in a car-sharing or connected to the anti-theft alarm system as an additional blockade. SEO CAN can also be additional security in addition to the pre-installed keyless system. The device, unlike other car security devices, protects electric cars very well.

The PIN code is a combination of pre-programmed pre-installed car buttons, where k ≤ 15 expressive variation with repetitions from n ≤ 30 element set of pre-installed buttons supported by CAN BUS. If the number of supported buttons declared on a particular connection diagram does not allow to fulfill the number of 10,000 combinations, while maintaining the customer’s comfort, use SEO CANblu as a car security, instead of SEO CANi (it applies to ex. Renault cars).

The authorization can take place using the ID transmitter, PIN code or smartphone. When the immobilizer has not been authorized, there are two possibilities of its reaction (depending on the car model, engine type, and the equipment):

As part of the software, the processor includes Programs for all declared cars. On particular connection diagrams, Program numbers dedicated to specific cars and machines are given. There are also marked switches to use for PIN code that are supported in given vehicle and the indicator light was marked as well. 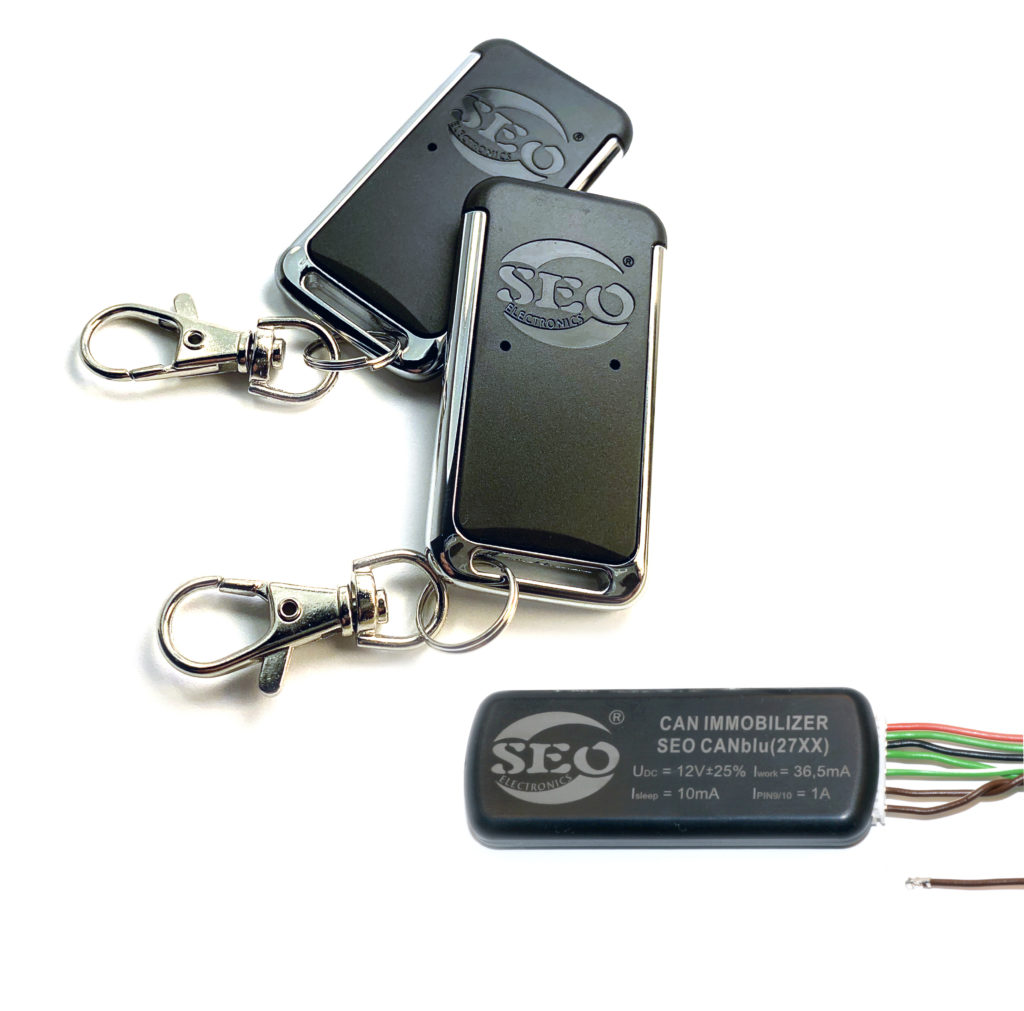 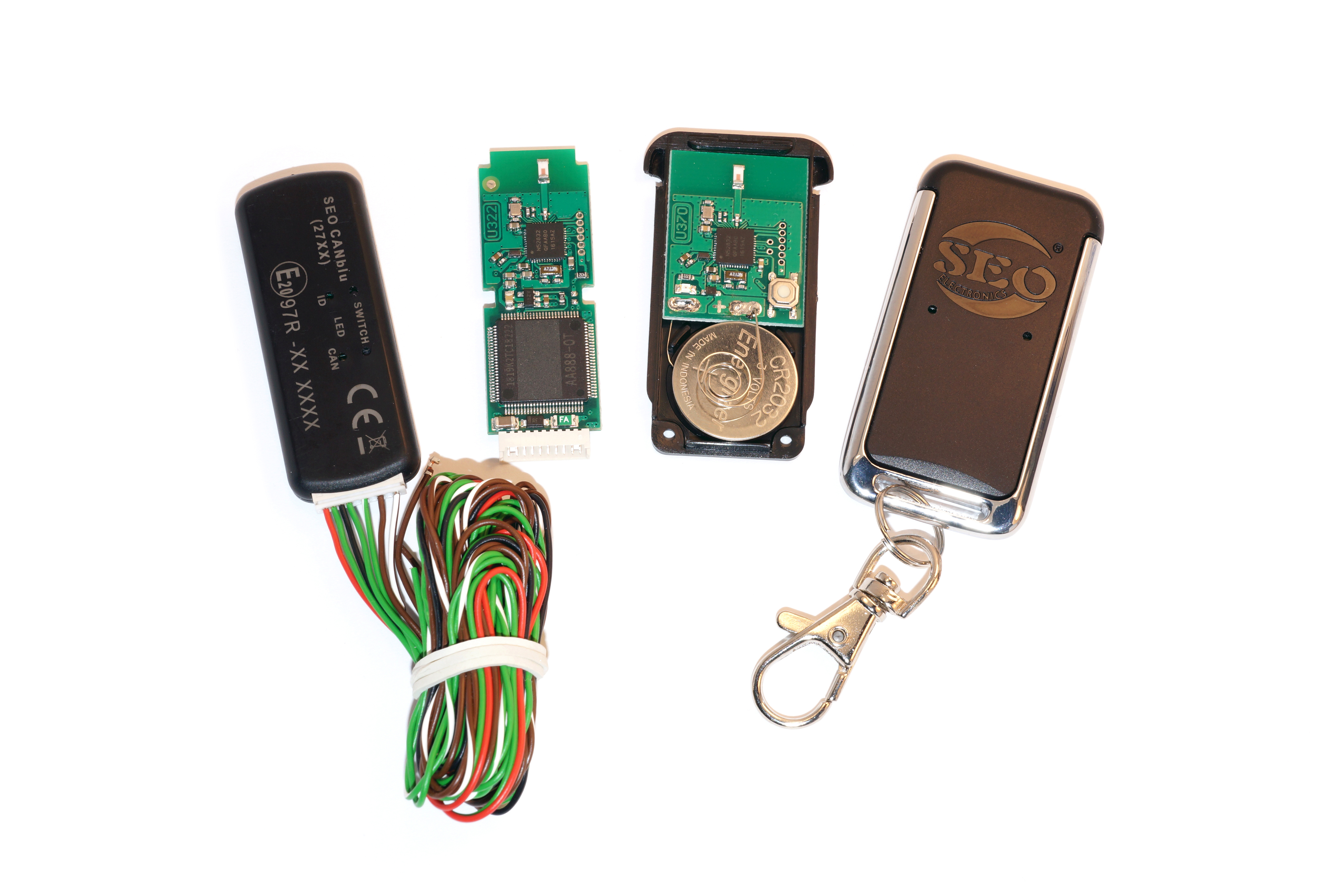